The Engagement Ring: Through binoculars, the North Star (Polaris) seems to be the brightest on a small ring of stars. Not a constellation or cluster, this asterism looks like a diamond engagement ring on which Polaris shines brightly as the diamond.

Though it’s often called “The Whale”, Cetus is named for the terrible sea monster from Greek mythology who was slain by Perseus as he rescued the Princess Andromeda who had been sacrificed to appease the wrath of the sea god Poseidon. The constellation Cetus is in the southern sky, just south of the zodiac constellation Pisces.

The name Ophiucus comes from Greek and means serpent-bearer. This constellation goes hand-in-hand with the constellation Serpens—a constellation that is uniquely divided into two parts, the head and tail of the serpent, on either side of Ophiucus. The ecliptic actually runs through the very southernmost part of the area of sky defined as this constellation, making it—technically—a zodiac constellation.

M17, also known as the “Swan Nebula,” or the “Omega Nebula” is a vast cloud of gas—mostly hydrogen, in which clumps of gas are contracting to make new stars. The nebula is 15 light-years across, and 5,500 light-years away. 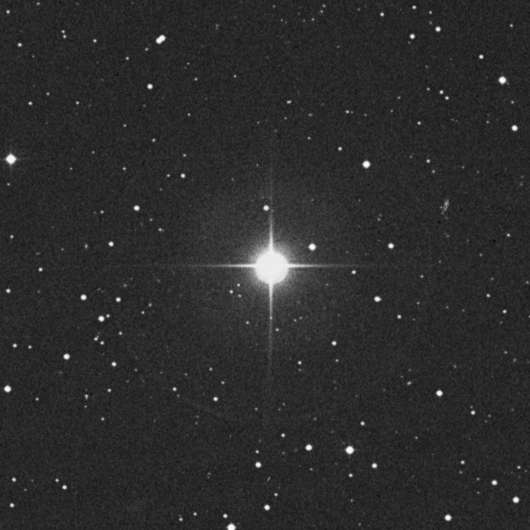 Mu Cephei (μ Cephei), also known as Herschels Garnet Star, is a red supergiant star in the constellation Cepheus. It is one of the largest and most luminous stars known in the Milky Way. It appears garnet red and is given the spectral class of M2 Ia. Since 1943, the spectrum of this star has served as one of the stable anchor points by which other stars are classified.

VV Cephei is a binary star system seen in the constellation Cepheus. As one of the most dramatic variable stars, the brightness appears to change as each star in turn eclipses the other. It takes the 2 stars just over 20 years to orbit each other. The larger of the stars, VV Cephei A is so large that if it were to replace our Sun, its outer edge would lie past the orbit of Jupiter! It is one of the largest known stars.