Mairan is a crater located near the northwestern limb of the Moon, in a highland peninsula. To its east is the Mare Imbrium and to its west is the Oceanus Procellarum. It looks elongated, because it is near the limb of the Moon, but is a regular, circular crater. Nearby Mairan T is a lunar dome with steep walls and an oddly shaped crater at its peak. 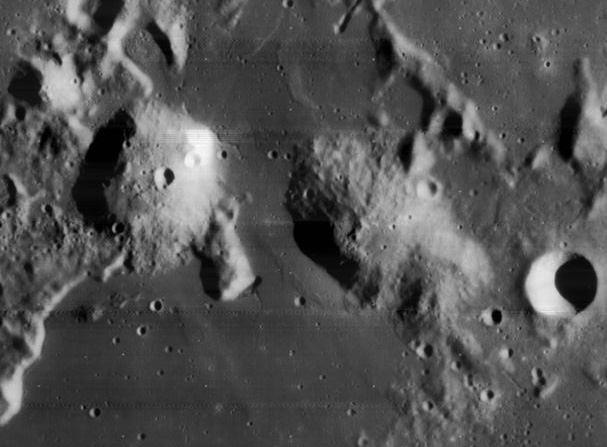