Bullialdus is a pristine complex crater, with terraced walls and a central peak. At 61 km in diameter, it is not especially large, but it is one of the largest and deepest craters in the smooth Mare Nubium. 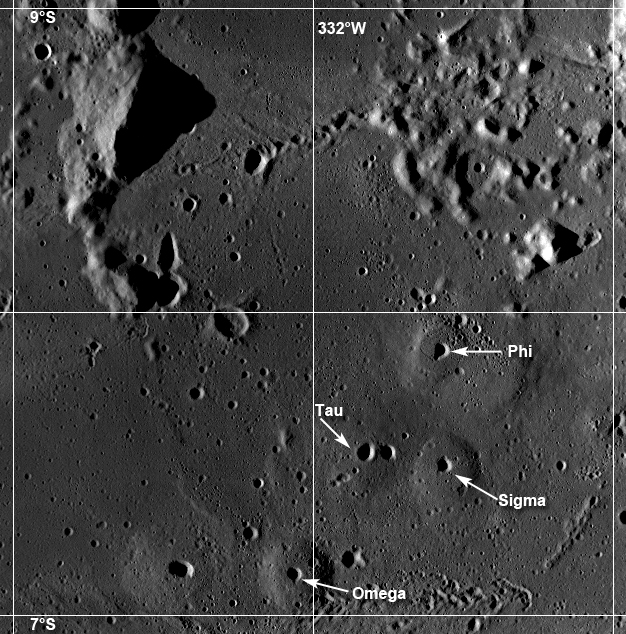 North of the crater Hortensius, in the Mare Insularum, are 6 small, smooth volcanic domes. Most have a volcanic crater on top.

Palus Epidemiarum—the Marsh of Epidemics is a small mare basin the lies in bewteen and slightly south of Maria Humorum and Nubium. In Palus Epidemiarum, you can spot the Ramsden system of Rimae, as well as a peculiar and rare double walled crater called Marth.

The Montes Carpatus form part of the southern rim of the Mare Imbrium (Sea of Showers). To their south is the famous crater Copernicus.